Luke 24:1-7 Now on the first day of the week, very early in the morning, they, and certain other women with them, came to the tomb bringing the spices which they had prepared.  But they found the stone rolled away from the tomb.  Then they went in and did not find the body of the Lord Jesus. And it happened, as they were greatly perplexed about this, that behold, two men stood by them in shining garments. Then, as they were afraid and bowed their faces to the earth, they said to them, “Why do you seek the living among the dead? He is not here, but is risen! Remember how He spoke to you when He was still in Galilee, saying, ‘The Son of Man must be delivered into the hands of sinful men, and be crucified, and the third day rise again.’”

Monday morning 10/2/2017 as I was getting ready for work, the Lord whispered in my ear, “They still go looking for me in the grave.” That gave me pose. I didn’t ask who ‘they’ was but I wanted to know what He meant by that statement. I started praying and asked Jesus why they were going to His grave.

He reminded me of the women who’d gone to look for Him at the tomb but found out He had resurrected. Jesus had already told them that one the 3rd day, the Son of man will rise yet that didn’t stop the women from going to the grave. (vs 7‘ The Son of Man must be delivered into the hands of sinful men, and be crucified, and the third day rise again.’”)

Jesus is risen. The grave was denied – it’s empty and no amount of ‘going to the grave’ will put Him back in it. Stop living your life like Jesus has not overcome your situation. The sacrifice was thorough – not one thing was left unpaid for. The resurrected King has resurrected you. That situation God told you to leave in His hands, don’t pick it up again, He’s got it. Let it go. That thing He told you to let go off – don’t go looking for it, let it go.  Those friends He told you to leave behind – let them go. The grave was denied for a reason. Those things, those people you were to leave behind; He asked that of you for a reason.

Your treasure is not in the rubble, it’s in the Son. The treasure in not in the grave – He is risen. All things are found in Him – seek Him. 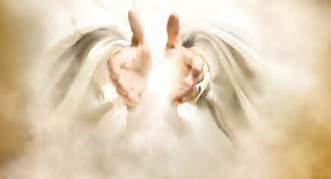 As is, this post may not make much sense to you and there is a reason for that – I encourage you seek Him spend time in His presence and ask Him to reveal to you what this post or Luke 24:1-7 should really mean to you. I’ll be praying that He cracks it open for you and you are able to fully grasp the meaning.